What a great team we've had the opportunity to be a part of, the kids learn so much and have a great time.  We rounded out the season with a team party in the park.  The boys thought they were posing for a picture with a simple buttercream cake although I did catch a couple of surprised faces.  They are used to slightly more elaborate cakes for the team.  ...They had no idea...  The coaches encouraged the kids to pose close with their faces all tight around the cake...then during the countdown for picture perfect smiles, the coaches grabbed handfuls of cake to smash in the boys' faces.  The boys scattered like quail but came back around to gather ammunition back up and make sure to pay back the coaches and anyone else on the team who was still clean.

Then we brought out the real cake!
Carrot cake on top and chocolate cake with peanut butter filling in the bottom.  The hat and ball were made out of rice crispy treats, modeling chocolate, and fondant. 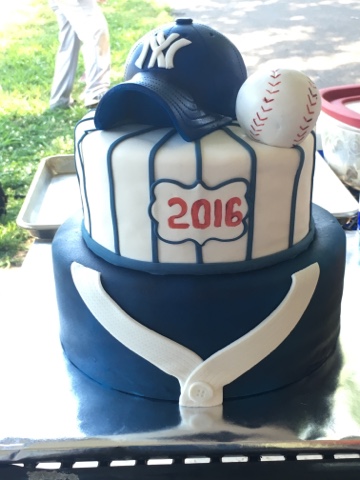 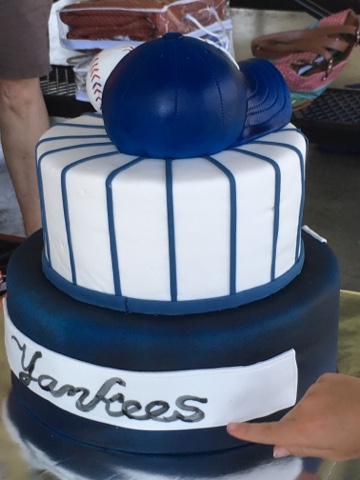