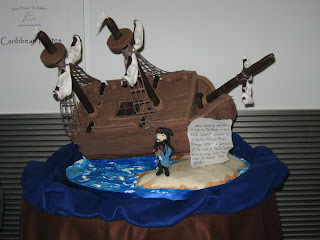 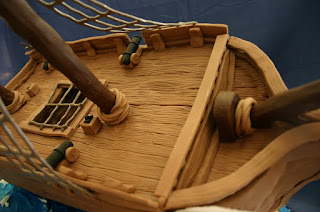 Here are some additional pictures of the cake 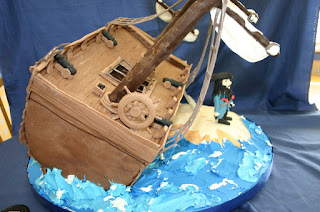 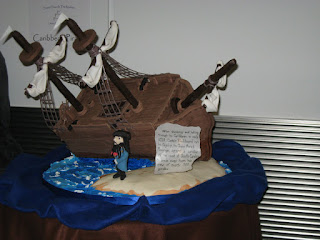 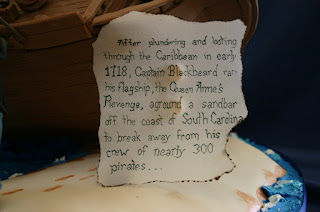 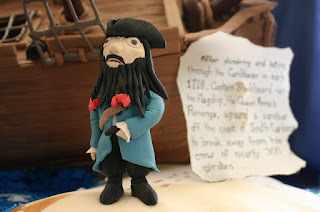 My entry this year for the Sweet Times in the Rockies cake show at the Denver Home and Garden Show. The Extravagant Cakes category this year had a theme of Caribbean Pirates.

The inspiration I used was the story of Captain Blackbeard, who stole a french slave ship and renamed it The Queen Anne's Revenge. He was a ruthless pirate who took many ships many by sheer intimidation. When his crew became too big and unruly, he ran his flagship aground on a sandbar off the coast of South Carolina and abandoned it and most of his crew. Leaving only with a handpicked short list of his closest.

This was the kind of project I could have just kept working on if I had time....adding more pirates, more equipment, more canons...etc.