When Troy rough sketched his Laser Quest theme cake he laid out the walls, the maze interior and marked where the players should be placed.  He didn't exactly say WHO the players were...  So to his surprise the Minions are all running scared from the crazy purple Minion and I'm not saying who that one was!!  Some of them have been shot already by the red indicator lights on their chests, the green indicators are still on the hunt.  Some of them don't seem to know what they are doing in this maze.

The leader board identified the top ranked Minions in this game by code name.

The cake is German Chocolate with the Coconut Pecan filling. 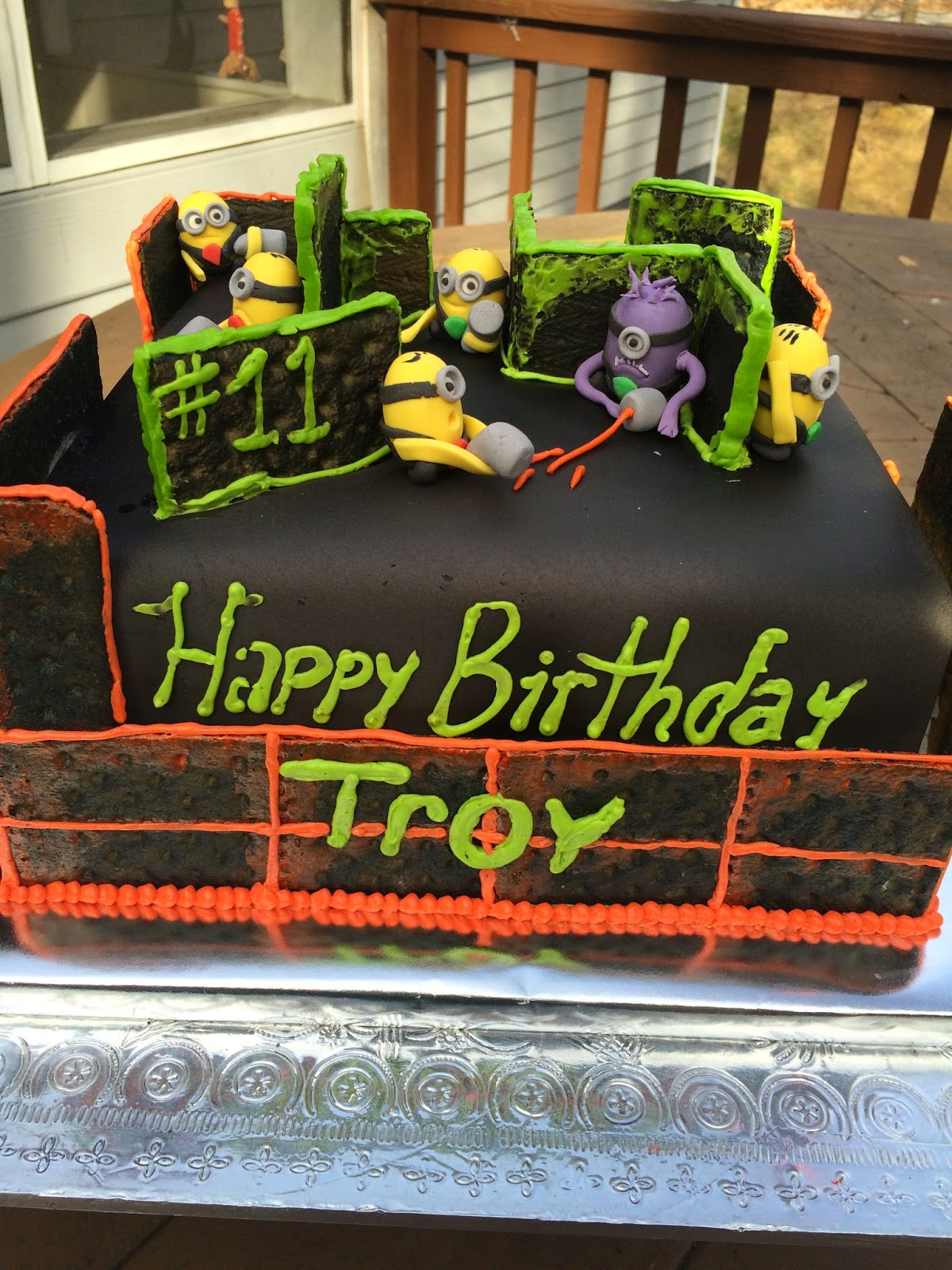 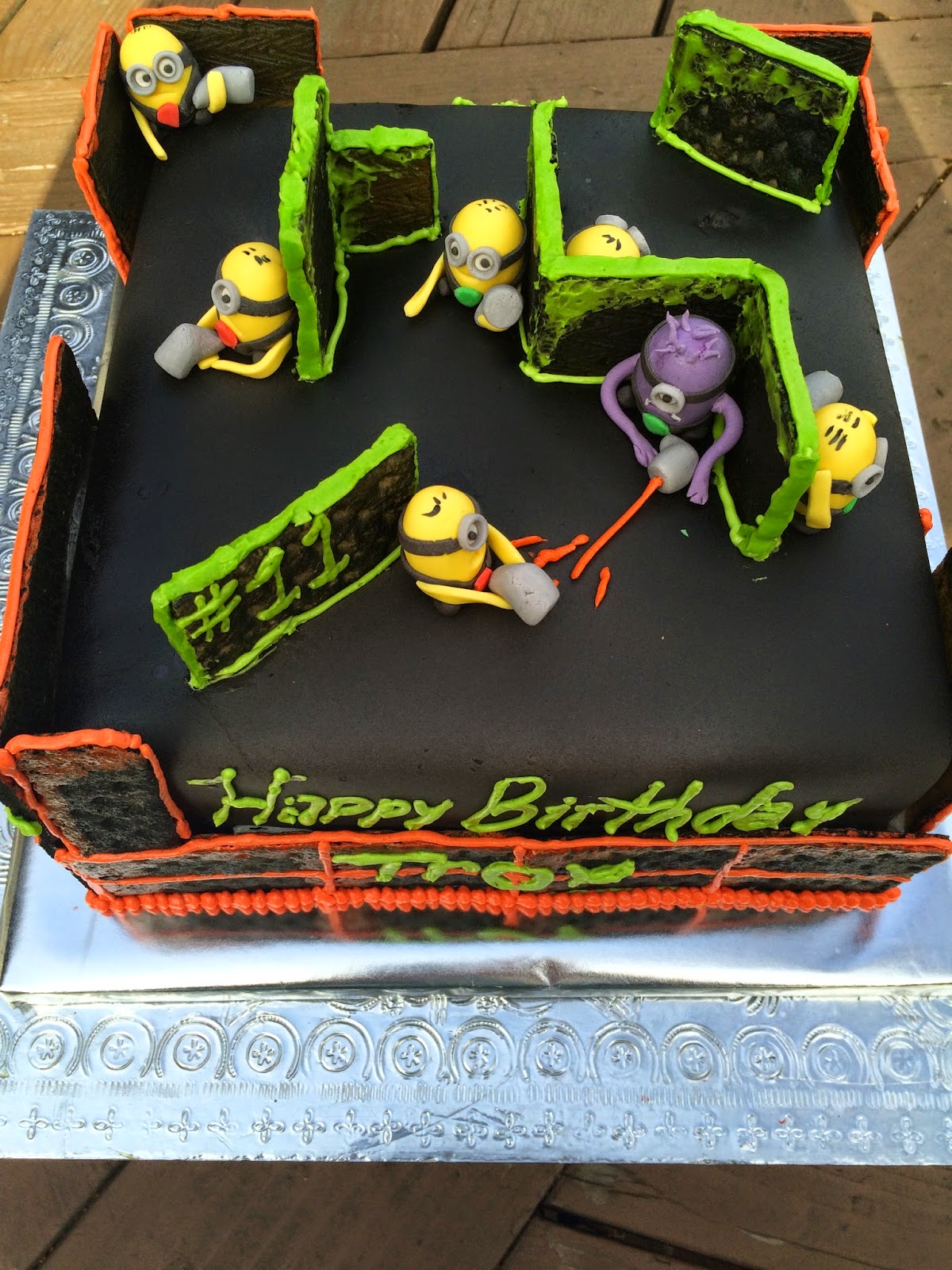 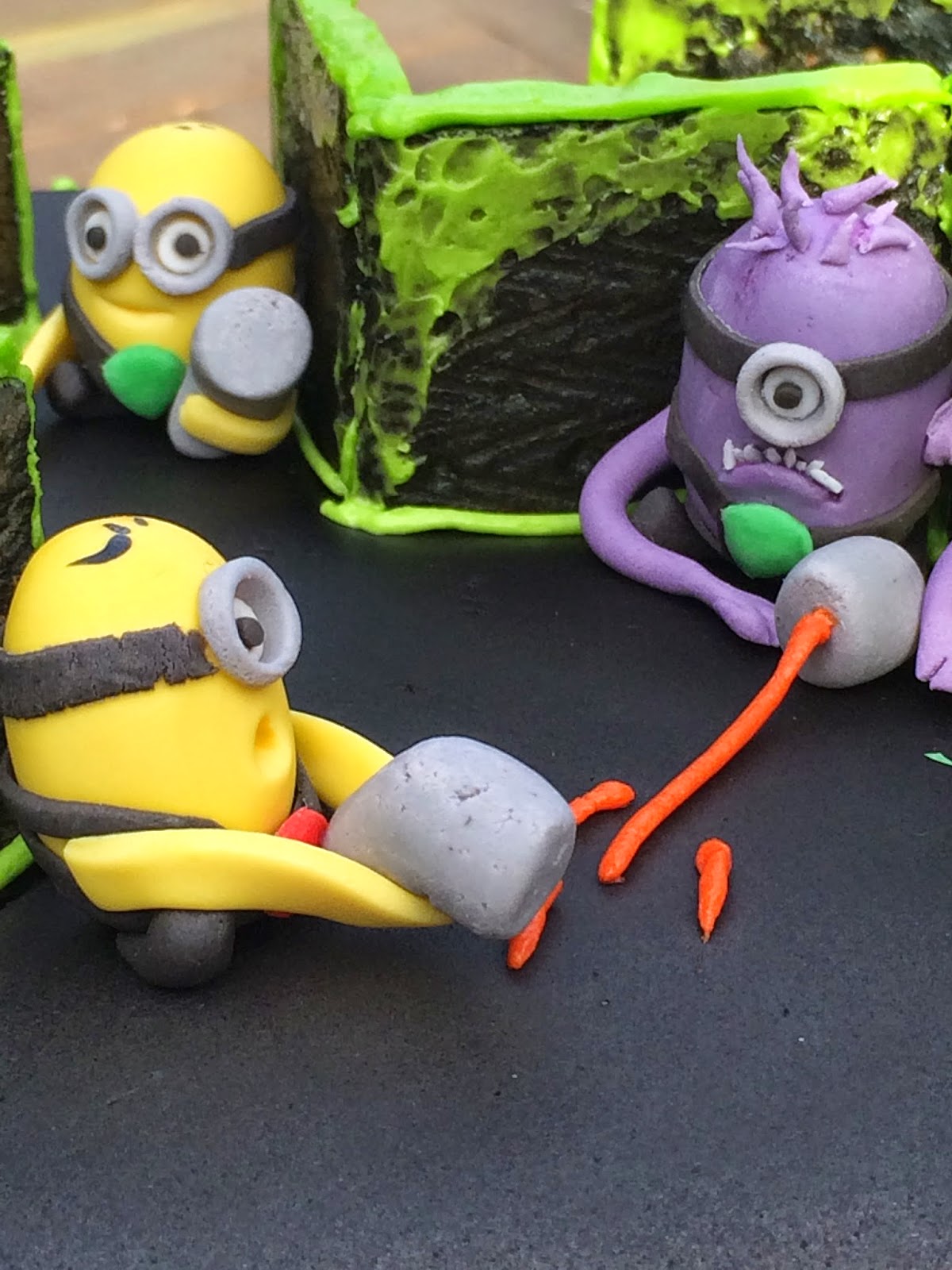 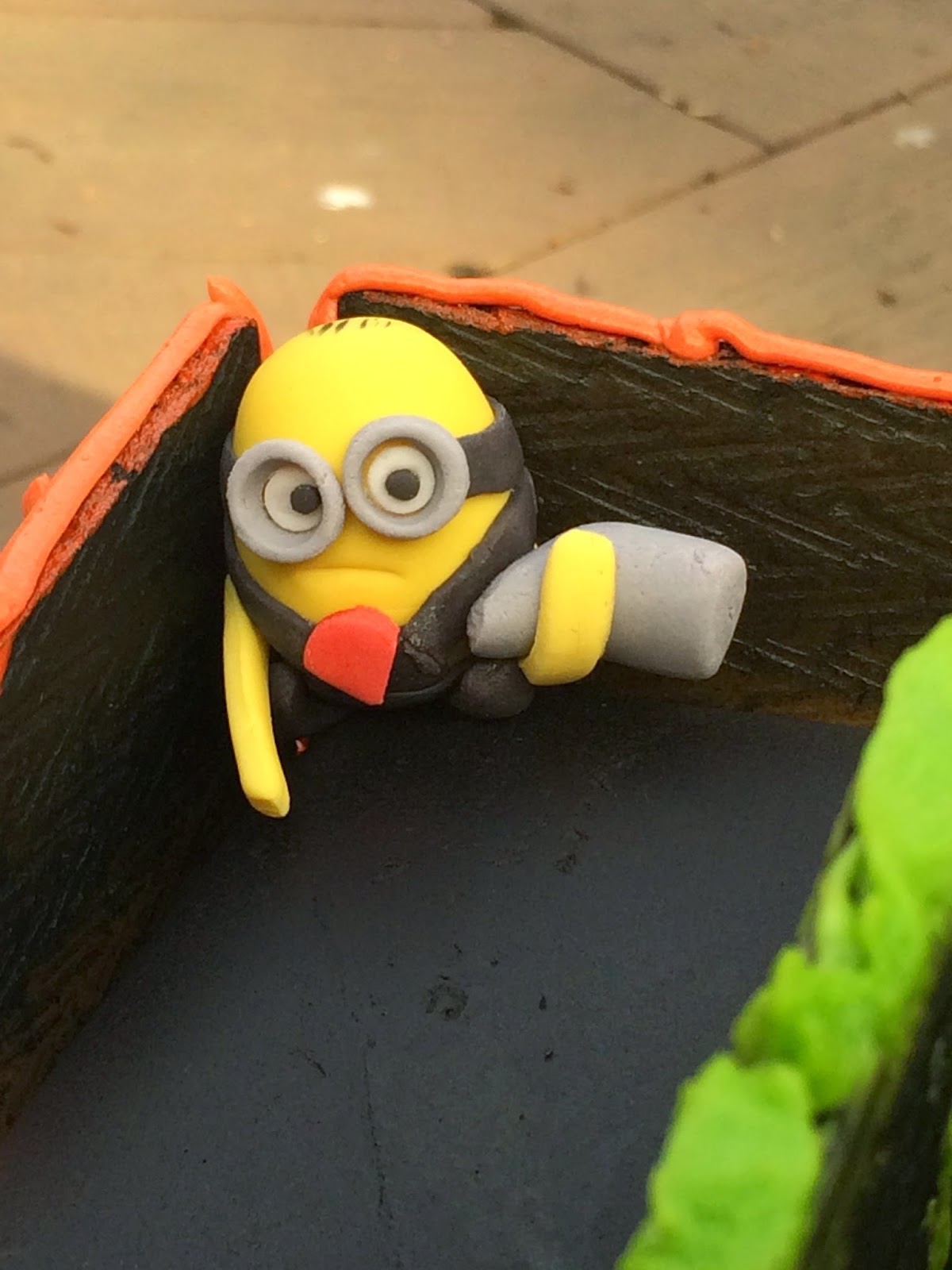 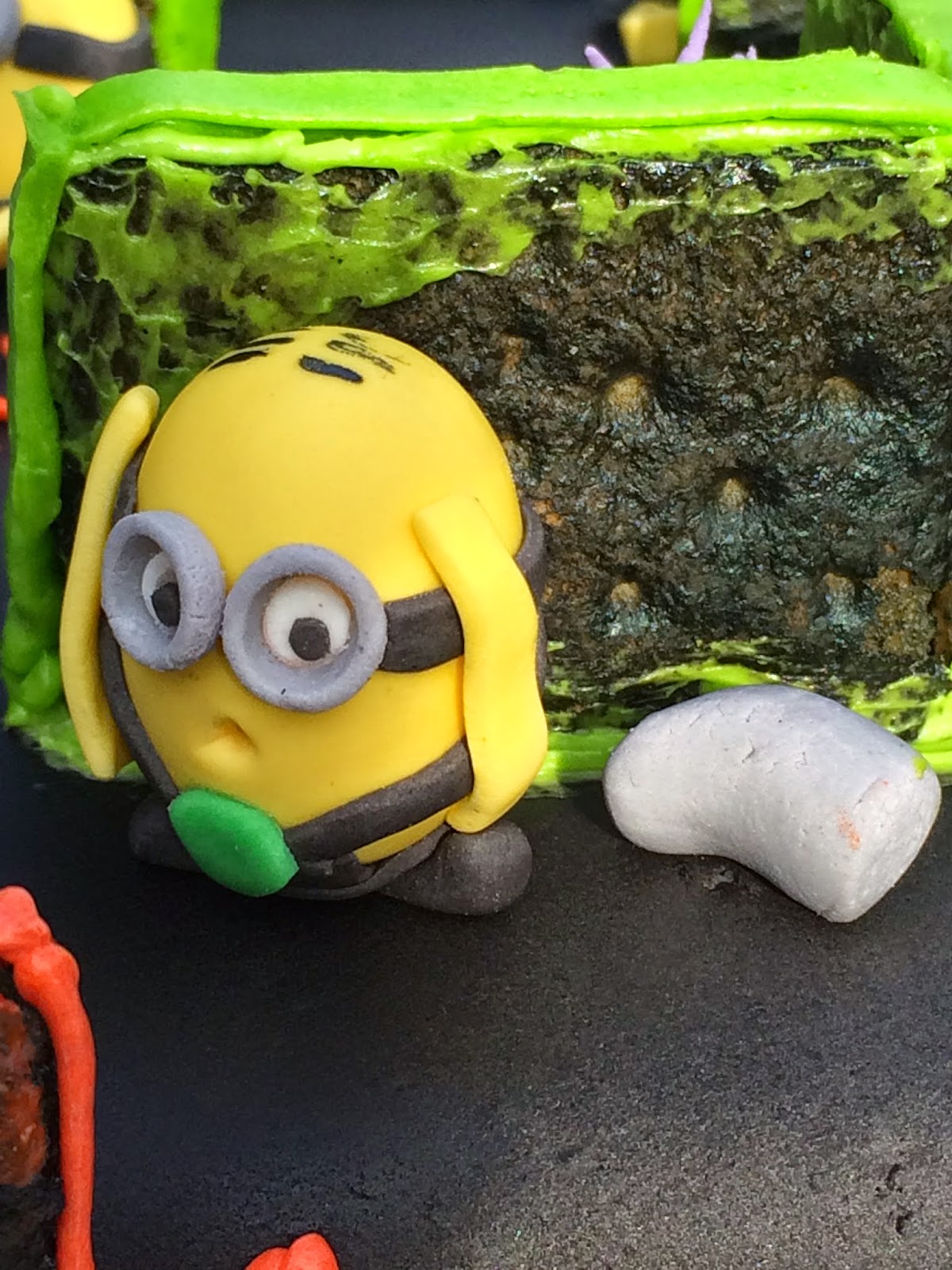 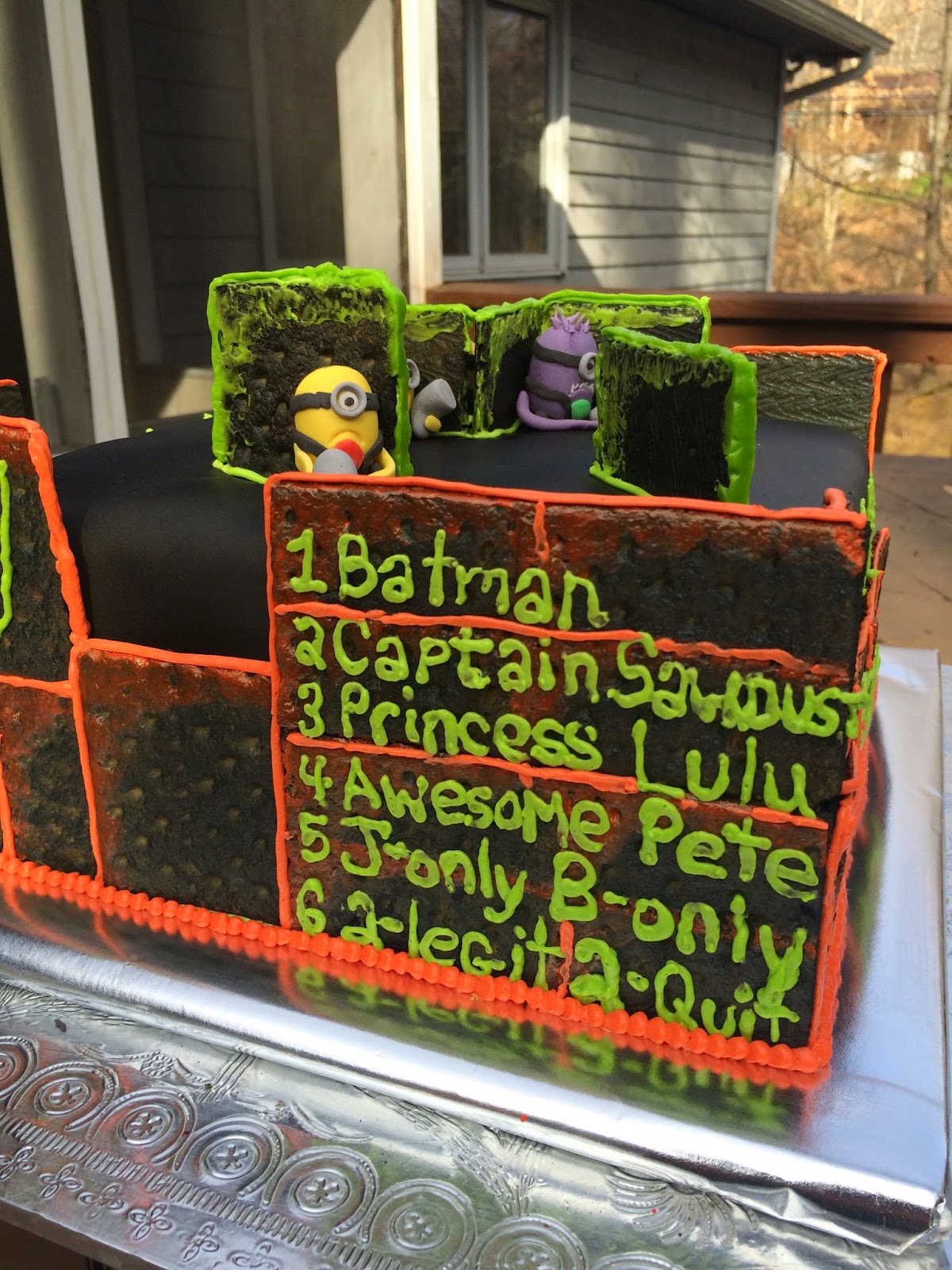